The founder of Amazon, Jeff Bezos, has announced that he will be stepping down as CEO of Amazon.

On Tuesday, the tech company announced that Bezos would be transitioning from CEO to the role of “Executive Chair.”

Since Amazon’s founding in 1995, Bezos has consistently been the CEO.

Bezos was with the company since the very beginning when it was only an online bookseller.

Since its days in bookselling, Amazon has become one of the most profitable companies globally and has morphed into global retail and online logistics. 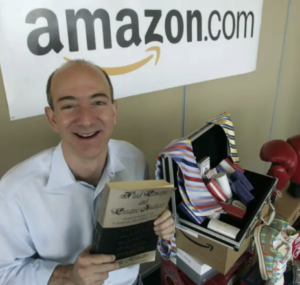 Since the beginning, Bezos oversaw the company and helped bring it to its current astronomical success, $1.7 trillion. In turn, Bezos became one of the wealthiest people in the world.

Jeff Bezos will pass the baton of CEO to Andy Jassy, Amazon’s chief of cloud business and Amazon Web Services. 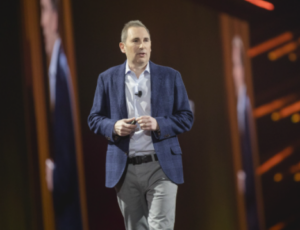 In a press release, Jeff Bezos said, “If you do it right, a few years after a surprising invention, the new thing has become normal. People yawn. That yawn is the greatest compliment an inventor can receive. When you look at our financial results, what you’re actually seeing are the long-run cumulative results of invention. Right now I see Amazon at its most inventive ever, making it an optimal time for this transition.”

Despite Jeff Bezos’ departure, Amazon’s success is at an all time high. The announcement came in a fourth-quarter earnings report, which displayed its growth of almost 70% just this year.

Amazon’s growth blew Wall Street’s projections out of the water and showed a dramatic increase despite the pandemic.

It’s currently unclear if there was any ulterior motive to Jeff Bezos’ departure other than a strategic business move.

Bezos is often in hot water from critics such as Alexandria O’Casio-Cortez, who believes that billionaires should be non-existent.

More updates on the Jeff Bezos exodus are sure to come as his exit will most likely rattle tech companies throughout Silicon Valley.

California Rises Up Against Newsom