On Wednesday, it was announced that Rush Limbaugh passed away.

Limbaugh was 70 years old and an icon of the conservative talk radio world.

Limbaugh garnered millions of listeners and fans during his time on radio.

He even had a few presidents that listened to him.

One “YUGE” fan of Limbaugh’s was President Donald J. Trump.

Donald Trump awarded Limbaugh the Presidential Medal of Freedom just over a year ago from now.

The award is the highest honor a civilian can get.

The award came just after Limbaugh announced that he was diagnosed with Stage IV lung cancer.

Many of the people in the room during the address were overcome with emotion.

In Donald Trump’s latest remarks, he announced that it was a “great honor” to give Limbaugh the Presidential Medal of Freedom.

Trump described the setting of the address when he said, “Half the room went crazy and the other half of the room, they knew he should get it.”

It was “something special” and took place on an “incredible night,” the former President said.

During a Fox News interview with Bill Hemmer, Trump announced that he had spoken with Rush just days ago.

“I called him just to find out, you know, his fight was very, very courageous. He was very, very sick. And you know, from diagnosis on, it was just something that was not going to be beaten,” Trump said.

Donald Trump and Rush Limbaugh were more than just interview buds; they were often seen together as friends.

In 2019 Donald Trump was pictured even going out golfing with Limbaugh. 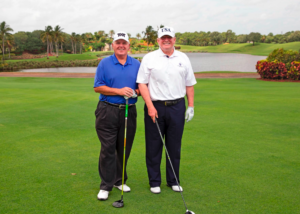 There was certainly a deep sense of respect between the two prominent voices in the conservative movement.

The conservative movement now has a significant void in the party, and Rush’s commentary will be dearly missed.

To read more about the passing of Rush Limbaugh, click HERE.

Did the Mainstream Fund Insurrectionists and Rioters?