The Side Effects of a High Minimum Wage

Monday, the US Congressional Budget Office released data that President’s push to increase the minimum wage requirement to $15 could cost a whopping 1.5 million jobs and make the cost of goods rise.

The “Raise the Wage Act” will cause the U.S. national debt to balloon by $54 billion over the next ten years if enacted next month.

The spending on unemployment compensation will skyrocket because more people will depend on government help to stay afloat.

As employers try to compensate for higher wages, this will cause the price of goods to rise.

Republican Senator Joni Ernst of Iowa stated during a vote last week, “A $15 federal minimum wage would be devastating for our hardest-hit small businesses at a time when they can least afford it.”

According to a former executive at McDonald’s and economic analyst Ed Rensi, “a higher minimum wage would not only kill existing jobs but also result in closing a substantial number of small businesses, from 15% to 20%.”

The effects of a higher minimum wage have already been seen in a local sense. 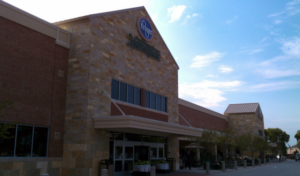 California’s minimum wage experience could be a clear example of what will happen to the United States if the bill is passed.

Yelp data released in December showed that 60% of businesses closed during the pandemic will not be reopened.

The American small-businesses can not take much more of this as is.

Raising the minimum wage will increase the cost of essential goods, as has been stated.

Those who have been let go will have more expensive essential items but without the money to afford them.

This is basic economics, and it looks like the left skipped out on their economic courses in school for a softer class in gender studies or basket weaving.

The NBA Fights Back…