During a press conference on Wednesday, President Joe Biden went blank for eight whole seconds while answering questions from reporters. The questions were in relation to the “American Rescue Plan.”

“He said that, uh, in the last administration, Barack, he was going to stop everything. And I was able to get a lot done with him,” Biden said as things began to digress for him.

Internet users noticed that something was off with Biden during his speech, specifically with his head. The founder of Grabien noticed a lump on Biden’s head. 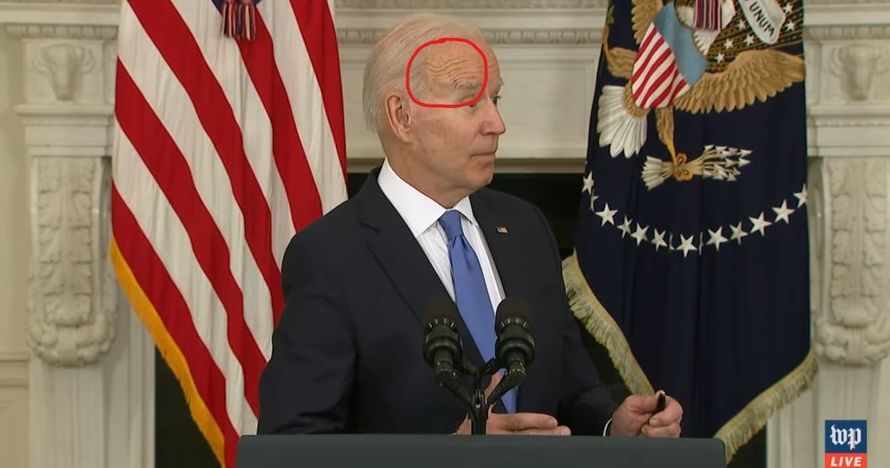 “Hi, @PressSec— Can you please share any insights into what’s happened with President Biden’s head?” Tom Elliott asked on Twitter. 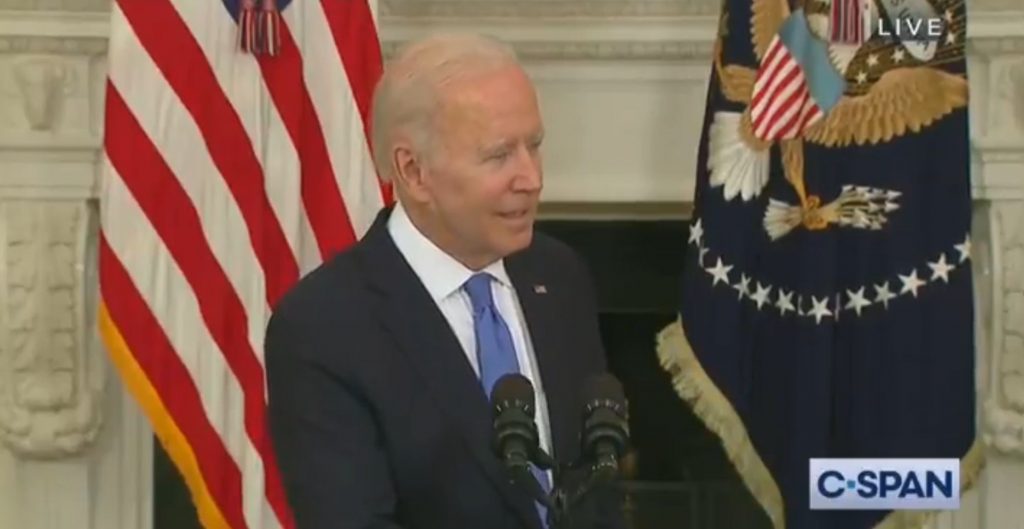 The internet then began speculating what could have happened to Biden.

“He had a (secret) face lift,” one user commented. “That’s a classic surgical residue mark.”

“[H]ematoma covered by a million dollar makeup job perhaps,” another said, “if so probably from a fall.”

“His botox injections are wearing off,” someone remarked.

“Too much plastic surgery and hair pluggery,” one person stated.

Do you think Biden is in good health? Let us know in the comments below!

WATCH: Kamala Harris and Her Husband Kiss THROUGH A MASK…