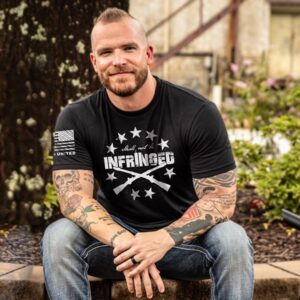 Robert Graham Allen hails from Columbia, Mississippi. After graduating high school, Graham enlisted in the US Army. During his 11-year active-duty military career, he married the love of his life Ellisa and they have three lovely children. Graham deployed twice to Iraq during his time in service. It was during this time in the military, Graham took to social media to “rant” on topics of importance to him.Once Graham discovered that he could be a voice for the “silent majority”, he decided to turn his attention full-time from Soldier to social media personality where he became affectionately known as “The Daily Rants Guy.”Graham’s fans have helped him garner more than 4 million followers and over 1 billion video views on social media. In 2018, Graham embarked on a new journey as TV show and podcast host of the Rant Nation show and Dear America podcasts. He has written his first book, an independently published work, titled America 3:16 set to release in July 2020. Currently, Graham produces a weekly live shows on Facebook and a short format weekly commentary show titled, “Real America.”